Keira Knightley insists she hasn't caught the music bug after playing a musician in 'Begin Again' and is happy to just be an actress. 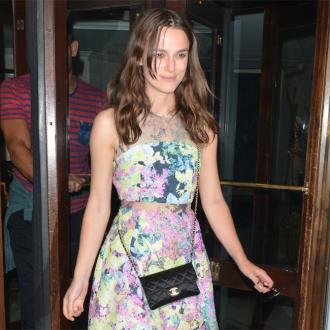 Keira Knightley has no plans to swap her career in movies for music.

The actress portrays a musician in her latest movie 'Begin Again' - a romantic comedy which also stars Mark Ruffalo, James Corden and Maroon 5 singer Adam Levine - but is adamant the role hasn't inspired her to make a switch into songs because she has

Asked whether she planned to make the transition into music, she replied: ''I'm the least musical person in the entire world. I wouldn't know what to do!''

Keira admits she didn't really give much thought to the singing element of the role until she was handed the lyrics and she was suddenly required to break into song.

The 29-year-old star has had to use her vocal range before, but for a very different project so she felt completely unprepared.

In an interview with London Go - on every weekday at 6.30pm on London Live - Keira revealed: ''It was a much more 1940s theatrical thing, so it was completely different from this (part). This is a very different style - I'd definitely not done anything like that.''

Despite being married to Klaxons musician James Righton - who unsuccessfully tried to teach her to play guitar - Keira doesn't go to many concerts or has much interest in music.

She confessed: ''I know nothing about music.''