Keira Knightley pities teenage celebrities that can't make mistakes in private and would ''100 percent'' discourage her future children from following in her footsteps. 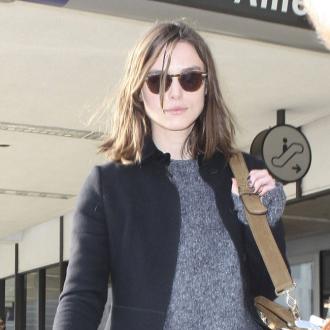 The 'Begin Again' actress, who landed a role in 'Star Wars: Episode I - The Phantom Menace' when she was 14, admits she would ''100 percent'' discourage her future children from following in her footsteps because she hated growing up in the spotlight.

Asked if she would encourage a daughter to carve out a career in Hollywood, the 29-year-old British star said: ''Oh, 100 percent, I'd absolutely tell her not to. I would 150 million trillion percent be totally discouraging of [her] doing anything like that.''

She added: ''Teenage years should be done privately. You should be going out and getting unbelievably drunk, getting into ridiculous situations, making mistakes. That's what that time of life is about and we should do that privately, one million trillion zillion percent.''

But the brunette beauty, who is married to The Klaxons rocker James Righton, insists she has no regrets about becoming an actress at a young age.

She told the UK edition of Elle magazine: ''I don't regret it - I wouldn't do my life any differently, but having lived through it... There was a very long time when [interviewers] were all, 'Well you're a s**t actress and you're anorexic and people hate you' which, for a teenager or somebody in their early 20s, is a very strange thing.''

Keira previously admitted she has ''chilled out an awful lot'' in recent years, and decided to take on her latest film because she ''wanted more positive vibrations'' in her life after playing a string of troubled characters in films, such as 'Anna Karenina.'