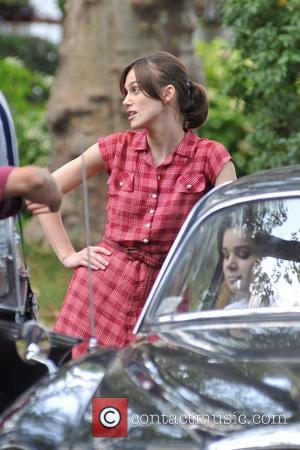 Keira Knightley felt sorry for Jude Law after he was made to wear an unflattering wig for their period drama Anna Karenina, calling his transformation "the worst".
The actor was fitted with a hairpiece to make him appear bald for his role as statesman Alexei Karenin, who is 20 years older than his socialite wife Anna, played by Knightley.
She reveals Law wore a hat away from the set to avoid embarrassment, but insists he looked as handsome as ever when he stepped out of his unbecoming costume.
Knightley tells Harper's Bazaar magazine, "No wonder he kept that hat on. (The make-up and wig) were the worst. Poor f**ker. I'd get to the end of the day, take my make-up and wig off, and I'd look s**t. He'd take the make-up and wig off and look f**king brilliant. And everyone would say, 'Oh yeah! Good-looking man underneath!'"