Keira Knightley grew up in a family that believed marriage was pointless, but has found it a ''fun'' experience so far. 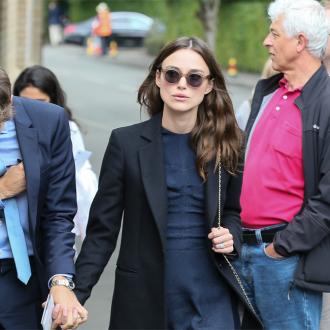 The 'Begin Again' actress walked down the aisle with The Klaxons keyboardist James Righton in an intimate ceremony in the south of France last year, and no one was more surprised that Keira herself because she had never dreamed of tying the knot when she was growing up.

Asked whether it was always part of her plan, she replied to Time Out magazine: ''Never! My parents are deeply hippy. They got married because it was the only way they could get a mortgage. I grew up with them going, 'Don't know why you'd ever get married.' And then we did. But it's been fun.''

Keira is even hoping she can join her husband James and his band on their tour bus this summer.

She said: ''I don't actually know what festivals he's doing. I should know that! I might jump on the bus, if they get the bus. I love the tour bus!''

The 29-year-old actress also opened up about going through a tough time a few years ago when she became a figure of hate by women, and admits she can understand where it was coming from.

She mused: ''I was working a lot, being followed by photographers. There was absolutely no space. You're never going to warm to someone if they're tense and frightened.

''Fear is a funny thing. People smell it on you and it doesn't make them nicer to you. It can be quite repellent, the smell of fear. I think I had that about me for a long time.''