Keira Knightley was mistaken for Anne Hathaway recently in Canada and she believes she owes the star an apology because she was accused of being rude by a fan. 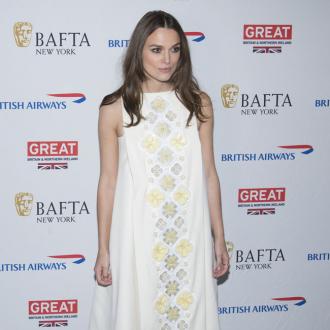 The 29-year-old actress admits she was approached by a fan at Toronto Airport in Canada who believed she was the 32-year-old star and accused her of being rude because she refused a photo.

Speaking to Australia's Daily Telegraph newspaper, Keira explained: ''At the airport a woman mistook me for Anne Hathaway.

''Actually it's the first Anne Hathaway I have had. Generally I get a lot of Rachel Weisz and Natalie Portman.''

Meanwhile, the 'Begin Again' star recently announced she is expecting a baby with her husband James Righton, 31, whom she married in May 2013, but she insists she won't be giving up her career to be a stay-at-home mother.

She said last year: ''I don't want to deny my femininity. But would I want to be a stay-at-home mother? No. On the other hand, you should be allowed to do that, as should men, without being sneered at.''

The couple are expected to welcome their first child into the world in the Spring 2015.