Keira Knightley thinks marriage can be ''tricky'' because of the working commitments she and her husband have. 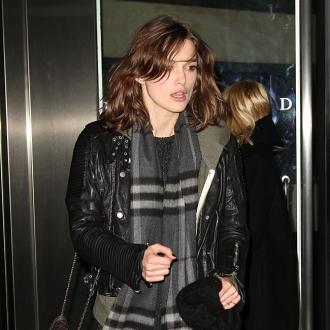 The 'Begin Again' actress admits her working commitments and those of her husband, Klaxons rocker James Righton, make it difficult to spend a lot of time together and she thinks it is important to find a balance of doing things alone and with one another.

Asked if she goes on tour with her spouse, she said: ''Yeah, a little bit but not always. You want to be slightly part of each other's world so you can see what makes them tick. If one person is on tour for three months and the other's on a film set, your lives become very separate. It's tricky. You should have your own thing, but equally you have to build a life together.''

The couple married in France in May 2013 but Keira insists it was never on her list of priorities and she only accepted James' proposal because she thought a wedding would be ''fun''.

Speaking to the new issue of America's Glamour magazine about whether she had always been a fan of marriage, she said: ''Not at all! Actually my parents kept saying, 'Why bother?' I think they only [got married] to get a mortgage.

''But when James proposed, I just thought, Well, never done that before. It seemed like a fun thing to do.''

And despite being married for a year, the 29-year-old beauty still can't bring herself to change her surname.

She said: ''I went to do the passport thing. 'Cause I was thinking, Shall I do it? It will be helpful. But you actually have to see it written down, and I found I couldn't do it. I couldn't go there. Yet.''