Newly engaged Keira Knightly has been receiving cooking lessons from her mother. 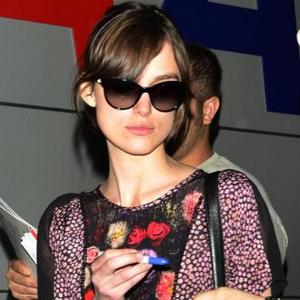 Keira Knightley is learning how to cook.

The 'Seeking a Friend' actress says she wants to improve her culinary skills so her mother is starting to teach her the basic rules in the kitchen.

She said: ''I'm an alright cook. Not brilliant, but alright. My mum's a really good cook, but we had a really small kitchen, so she could never actually teach me any of the stuff that she made. But now she's starting to. I've gotten really good recipes, which are excellent. I'm good at, like, a one-pot dish. It's the timing. I always walk away at a wrong point. And then everything burns! But stews and curries, I'm good at that!''

Keira - who is engaged to Klaxons star James Righton - also revealed how she doesn't have many celebrity friends and would never call them up in a crisis.

When asked what famous people she would call if the world was coming to an end, she said: ''I don't have celebrity friends like that. I mean, I have ones that I'd kind of call up to say, 'Hello, how are you? How is everything going?' But no, my friends aren't actors. That's a lie. One is actually.''