Keira Knightley spoke of the thrill of starring alongside a heavyweight ensemble cast for her new movie 'Collateral Beauty'.

English actress Keira Knightley spoke about her upcoming new film Collateral Beauty, which comes out in cinemas on Boxing Day.

"It reminded me of a 'It's A Wonderful Life' type film, it's got that magical element but in a world that we completely recognise," she said about its appeal.

Collateral Beauty is filmed with a star-studded ensemble cast, and Knightley remarked on what it was like to be surrounded by so many other famous names. 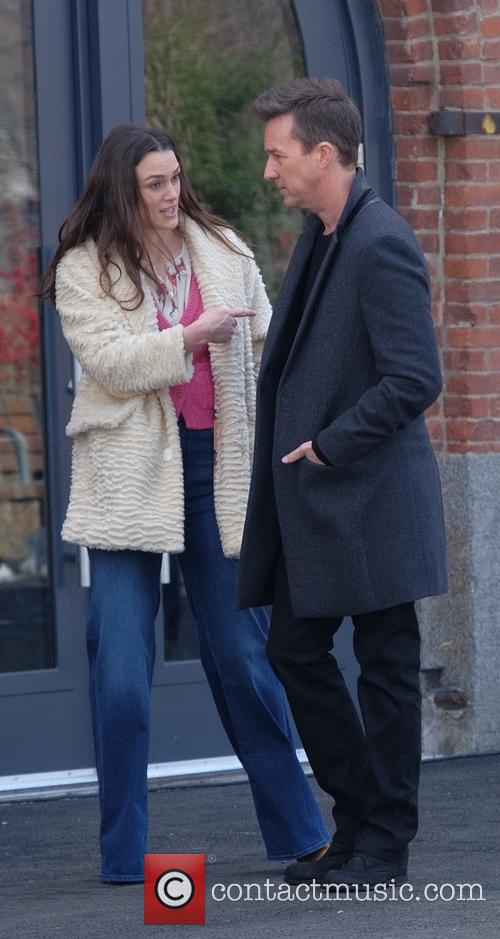 “It was a really, really lovely bunch of people, and there’s always a lot of curiosity – normally you have a film where there are two leads and then the rest of a cast, but looking around and seeing Will Smith, and Helen Mirren, and Ed Norton, and Kate Winslet… it’s extraordinary to be in a scene and watching all of those people work!”

More: Keira Knightley was left “scared to go outside” after stalker ordeal

In the movie, Knightley plays “Love”, one of three ‘abstractions’ in the film (“Death” and “Time” being the others), who help Will Smith’s character appreciate what it means to live a life fully.

Speaking about the meaning of the film, “I think what I liked about it was the concept [that] nothing ever makes anything better, if you’ve ever dealt with tremendous loss… but I think the point of this is that you put one foot in front of the other, you keep breathing in and out, and one day you look around and you can feel the sun shine on your face again. That’s Collateral Beauty.”

On working with Smith, she said: “He’s a wonderful actor – everybody knows this. Yeah, he can do the comedy side, but he’s shown time and time again that he can do the tragedy side too, and he seemingly taps into it very easily, and I’ve found his work incredibly moving.”

Watch the trailer for Collateral Beauty:


Collateral Beauty opened in cinemas in America on December 16th, and comes to Britain on December 26th.

More:Keira Knightley now wears wigs in films after dye made her hair fall out