Keira Knightley's new husband James Righton gave her a 100-year-old olive tree with their initials carved into it as a wedding gift. 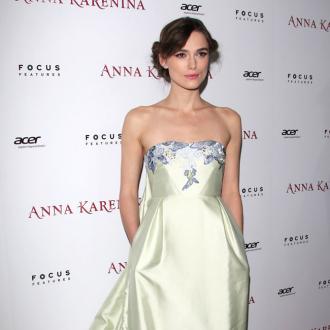 Keira Knightley's husband gave her a £3,000 tree as a wedding gift.

The 'Anna Karenina' actress married Klaxons musician James Righton in the south of France last Saturday (04.05.13) and after the ceremony, the keyboardist presented her with a 100-year-old olive tree, which he'd had their initials and wedding date carved into.

A source said: ''James had it planted in the back garden of her home in France on the day of the wedding.

''He had carved their initials in a heart and showed her in front of everyone.

''She collapsed into fits of giggles, it was very sweet.''

And Keira's wedding band used to belong to James' grandmother.

The source added to The Sun newspaper: ''The ring he gave her was a family heirloom too. He really did think it all through.

''It was an amazing wedding, the whole thing was really sweet and down to earth.''

The couple married in a small ceremony at the town hall in Mazan, 67 miles from Marseilles, before speeding back to her family's nearby $5 million vineyard for a 50-guest reception in a silver Renault Clio.

Speaking about the ceremony, Mayor Aime Navello, who oversaw the couple's vow exchange, said recently: ''Their two witnesses were Keira's parents [Sharman Macdonald and Will Knightley]. The other people were all brothers, sisters and family. There were no other celebrities as part of the town hall ceremony.

''It was held in the upper room where the weddings are usually done. There were no flowers.''