Keira Knightley was ready for a lighter role after 'Anna Karenina' so signed up for 'Begin Again', even though she finds romantic comedies ''tricky''. 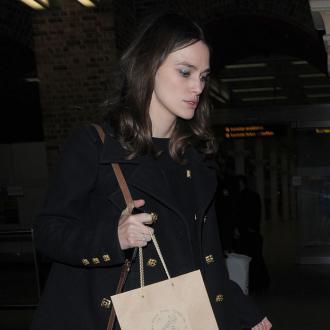 The 29-year-old actress tends to avoid signing up to star in lighter films, but couldn't resist starring alongside Adam Levine and Mark Ruffalo in the quirky new musical rom-com 'Begin Again'.

She said: ''After 'Anna Karenina', I realised that I'd done five years of work where I'd died or something horrific had happened to me in absolutely everything. I wanted something more positive and with hope in it.

''Romantic comedy isn't a genre I usually go to - it's one that I find quite tricky, but I thought this was strange enough with enough of a sort of acerbic quality to it.''

Knightley is used to playing dramatic roles in movies such as 'Anna Karenina', but felt it was ''important'' to play something lighter so fans don't get sick of her.

She explained to Britain's HELLO! magazine: ''It's what keeps it interesting and means that you don't stagnate. 'Begin Again' sent me out of every sort of comfort zone that I thought I had - the way of working, the type of film, the sort of character. It was totally different. I thought that was a good thing to do.''