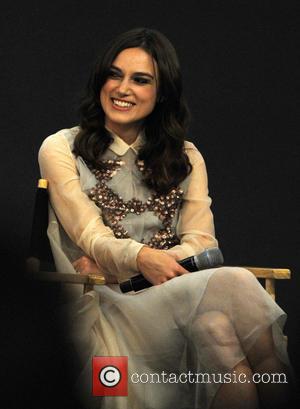 Actress Keira Knightley is planning to open an eclectic fashion store in London, according to a U.K. report.

The Pirates of the Caribbean beauty has reportedly been hunting for the perfect property in the trendy Islington neighbourhood to launch her own quirky clothing shop and coffee shop.

A source tells The Sunday Mirror newspaper, "Keira is obviously at the top of her game in the acting world, but feels like the time is right to experiment with new things too...

"She's a huge fan of fashion, particularly anything vintage or alternative, so it's a perfect new opportunity. She's excited by the idea and is committed to making it work."

British singer Lily Allen embarked on a similar venture in 2010. She opened a vintage boutique called Lucy in Disguise with her sister Sarah, but it closed earlier this year (14). The online store is still in operation.