'The Imitation Game' actress Keira Knightley has revealed that she doesn't plan to have cosmetic surgery, but added that she wouldn't condemn women who do. 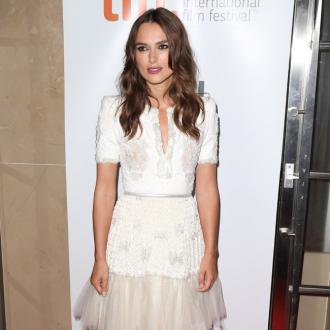 The 'Atonement' star may think using Botox or fillers is not good for actresses because it restricts their facial movements, but she would never ''condemn'' anyone for having the wrinkle-smoothing treatments if it made them happier.

Talking to the Daily Mail newspaper, Keira said: ''It is a drawback, not being able to move your face. But I don't think I would ever condemn any woman for doing something that made her feel better about herself.

''If she's suddenly feeling like she's the most disgusting thing in the world, and that's what she wants to do and that makes her happier then I think she should be free to do what makes her feel better in her own body, her own skin and own mind.''

When the 29-year-old actress was asked if she would ever consider going under the knife, she replied: ''Surgery for myself? I hope I don't. I don't plan to. but who knows?''

Keira - who stars in the new film, 'The Imitation Game' opposite Benedict Cumberbatch - explained how she had fought to keep her character Joan Clarke as unglamorous as possible because she didn't want her to be defined by her appearance.

She added: ''I just wanted her not to feel like the 'girl' in the movie, and when she comes along, suddenly everyone says, 'Ah pretty!'''