Keira Knightley first performance on Broadway was interrupted when a fan proposed to her.

Keira Knightley’s Broadway debut was interrupted by a man who decided it was the perfect time to declare his undying love for her and propose marriage. Knightley was on stage on Thursday evening (1st October) making her Broadway debut at Studio 54 when the incident occurred. 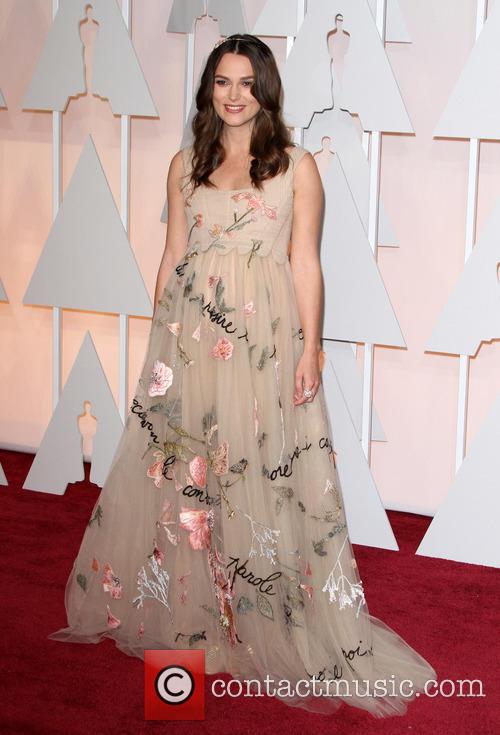 Knightley was on stage as the title character in Thérèse Raquin along with her co-star Gabriel Ebert. According to reports, during the performance a man sitting on the mezzanine level (the dress circle) interrupted the show and began shouting at the stage. He reportedly asked Knightley to marry him.

There was some confusion in the audience who thought the man in question was a member of the cast who, in character, was attempting to dissuade Knightley’s character from marrying her cousin Camille (Ebert).

As it transpired, the man was not a cast member but just an overly ardent fan who took the opportunity to declare his love. He sat down at the back of the mezzanine level but continued talking loudly. The theatre’s security stepped in at this point.

As the man was escorted out of the theatre, he managed to throw a large bouquet of flowers on to the stage.

Knightley and Ebert reportedly handled the incident well and the play was only delayed for a short time whilst the theatre’s security removed the man from the building. Knightley and Ebert attempted to continue the play after the disturbance but soon left the stage. As one audience member wrote:

"After a very awkward silence Gabriel Ebert motioned to Knightley, they walked over to the bouquet and kicked it into the wings (which got applause). After trying to resume the show a voice came over the speakers announcing there would be a short break."

Knightley is making her Broadway debut in the play. Previews of the play began on Thursday and it will open officially on 29th October.

Read More: Keira Knightley Explains Why Having A Baby Boy Is "Terrifying" For Her.