She welcomed the baby with husband James Righton in May 2015, but has spoken about her experiences of motherhood for the first time.

She’s kept a very private profile since the birth of her first child back in May this year, but Keira Knightley has shared some her experiences of motherhood in a new interview, revealing that she has named her daughter Edie.

Knightley, a star of last year’s Oscar-winning movie The Imitation Game, was speaking to Elle magazine for its 30th anniversary edition, and spoke about how the strength of her bond with her daughter has taken her aback. “The love thing is astonishing,” she says. “It’s a very primal, primal love. That’s quite extraordinary.” 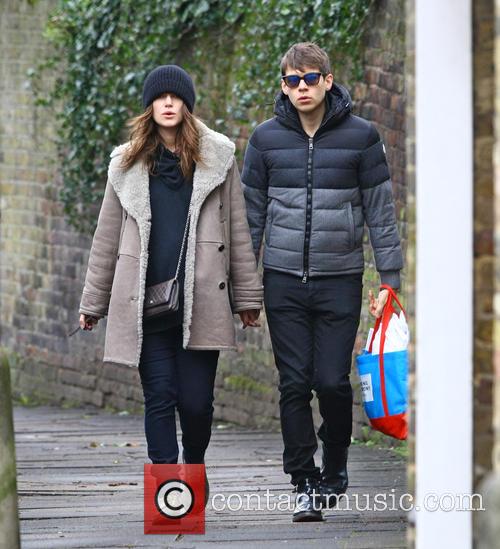 It’s the first high-profile interview she’s given since she welcomed Edie three months ago, her first baby with musician husband James Righton. She also revealed that the experience of pregnancy and birth has given her a self-confidence boost.

“I have to say, as a woman, you hate certain parts of your body. You go through those periods where you look in the mirror and you think, ‘Oh, if only I had different legs or arms or whatever.’ You go through pregnancy and labour and then feeding the kid and you go, ‘Wow, my body is totally amazing, and I’m never going to not like it again, because it did this, and this is f****** extraordinary’.”

The 30 year old actress, whose acting return comes this autumn with a Broadway debut in ‘Therese Raquin’ as well as a big screen spot on September’s adventure thriller Everest, also said that the obvious downsides of looking after a newborn baby haven’t affected her as badly as she would have thought.

“…The ability to have no sleep and continue going. It’s not pleasant – I never thought that I could actually do it for the amount of time that I’ve done it.”

Motherhood aside, the actress says that, on balance, she’s not too sad at having left her twenties behind. “My career was absolutely amazing; in fact, I don’t think my career will ever get better than it was in my late teens, early twenties,” she explains.

“But as a person, you’re changing so much and you’re trying to figure stuff out. Some people go wild and have a great time and throw caution to the wind, and I was the complete opposite. I was very shy. It took me a lot of years to try and stop pleasing a lot of people and allow myself to have fun.”