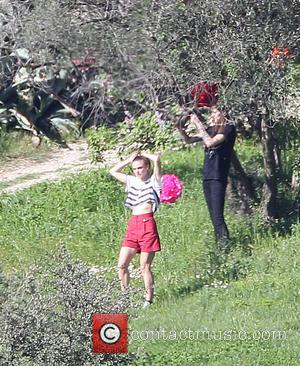 Keira Knightley could be starring alongside Benedict Cumberbatch in the upcoming biopic of Enigma codebreaker Alan Turing in an upcoming biopic on his life. Variety broke the news that the English rose is being courted by producers of the film, which is set to be titled The Imitation Game and is being financed by Black Bear Pictures and Amersand Pictures.

The script for the film has been in the works since 2011 and is believed to have been completed by now, with Headhunters director Morten Tyldum signed on to direct the film. The script is based on Andrew Hodges’ biography on the great mathematician, Alan Turing: The Enigma, with Graham Moore (Pirates vs. Ninjas) handling the screenplay for the movie. The film is still awaiting a distributor, however given the big name stars lined-up to star in the film it shouldn't take long for someone to pick it up.

A mathematical genius and one of the founders of modern computing, Turing was one of the chief scientists responsible for cracking the German 'Enigma Code' during the Second World War, an act that has been credited for shortening the war effort against the Nazis by up to two years. Despite his immense contribution to the war, which was kept secret until government papers were made public some 60-years after his exploits, he was prosecuted by the British services in the early 1950s for being homosexual. His achievements were kept secret from the public and his family and Turing committed suicide in 1954, yet despite ending his life at such a young age he had made such a massive contribution to the advances of computer science and modern mathematic that he is still revered by his peers today.

Knightley will probably be taking on the role of Joan Clarke, who worked at Bletchley Park with Turing during the war and was briefly engaged to Turing, however after confiding his sexuality with Clarke he decided the two had best not get married to one another. Unmoved by his revelation, Turing and Clarke remained close friends until his untimely death a few weeks prior to his 42nd birthday by cyanide poisoning.