'The Imitation Game' actress, Keira Knightley has admitted that she can be ''beastly'' to her co-star Benedict Cumberbatch. 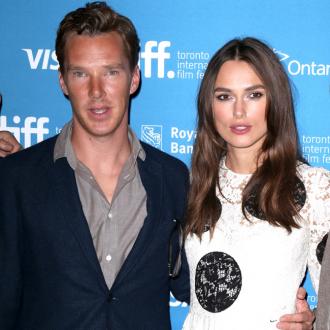 Keira Knightley and Benedict Cumberbatch are ''beastly'' to each other.

'The Imitation Game' actress has admitted she can give as good as she gets with her co-star Benedict Cumberbatch - who she first met whilst filming the 2007 movie 'Atonement', in which Benedict played the rapist Paul Marshall and Keira played Cecilia Tallis.

Talking about their working relationship to the Daily Mail newspaper, Keira said: ''Actually, I think I'm quite beastly to him as well. We're sort of mutually beastly to each other. But Benedict's been a friend ever since [2007] and it's always nice to work with friends.

''You look at him in 'Atonement' and he's all horrible and a rapist and quite disgusting, and in 'Imitation Game' he's a tortured genius who's affable and misunderstood. He can just do anything really.''

In 'The Imitation Game', Keira and Benedict play the cryptanalysts, Joan Clarke and Alan Turing, who are attempting to decipher the Nazis' enigma code during World War II, something which made the actress more aware of the issues women used to face.

She explained: ''Even though she did get into the room with the boys, and do the job she was hired to do, she never got anywhere near the same pay as any of the guys.

''They had to lie and say she was a linguist to get her more money - even though she spoke no other languages.''