Director John Carney, who worked with Knightley on 2013's 'Begin Again', complained about the actress in a recent interview.

Movie-makers have rallied to British actress Keira Knightley’s defence after director John Carney criticised her technique in a recent interview.

Having worked together on the 2013 movie Begin Again, Carney described Knightley’s behaviour on set as “disenchanted” in an interview this week with The Independent, and said that he would “never make a film with supermodels again”. 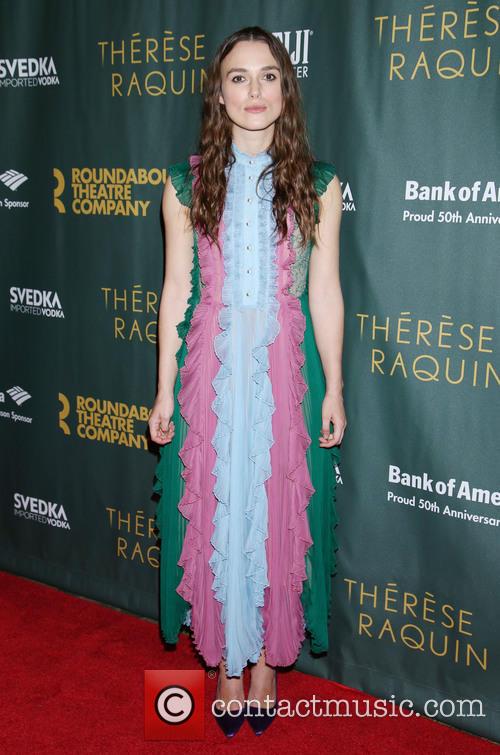 Keira Knightley made her Broadway debut in 'Therese Raquin' in 2016

“Keira's thing is to hide who you are and I don't think you can be an actor and do that,” he said. “I don't want to rubbish Keira, but you know it’s hard being a film actor and it requires a certain level of honesty and self-analysis that I don't think she's ready for yet, and I certainly don't think she was ready for on that film.”

He praised her co-stars on that movie – established star Mark Ruffalo and Maroon 5 frontman Adam Levine – but continued to point out flaws in Knightley’s acting. “As much as I tried to make it work I think that she didn't quite come out as a guitar-playing singer-songwriter. I learned that I'll never make a film with supermodels again.”

However, two other directors who have worked with the 31 year old actress, in the shape of Mark Romanek (Never Let Me Go) and Lorene Scafaria (Seeking a Friend For the End of the World), leapt to her defence via Twitter this week.

“My experience with #keiraknightley was utterly spectacular on every level. I have no clue what this guy is talking about,” Romanek tweeted on Monday. Specifically addressing Carney’s accusation that she was always busy with visitors, he added: “my recollection of #keiraknightley's 'entourage' was that her mum visited the set one day for an hour or two.”

Knightley’s career has gained a lot of prestige in the last half a decade, seeing her make her Broadway debut in ‘Therese Raquin’ to critical praise earlier this year after taking on a number of well-received roles in more independent movies.