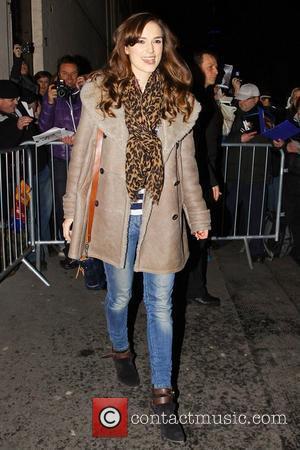 Picture: Keira Knightley leaving the Comedy Theatre after she performed in 'The Misanthrope' London, England - 12.03.10

ATONEMENT author IAN MCEWAN is turning the bestselling book into an opera following the success of its 2007 film adaptation starring Keira Knightley.
The book, which was released in 2001, follows a love affair doomed by a child's misunderstanding.
Director Joe Wright's movie, also starring James MCAvoy, landed seven Oscar nominations and won the Academy Award for Best Original Score.
Now writer MCEwan is working on an operatic version with composer Michael Berkeley and poet Craig Raine - and he promises the finished show will be a grand affair.
He says, "It's not a chamber piece, that's for sure."
Theatre owners in the U.K. Germany and the U.S. are reportedly interested in staging the Atonement opera and are eyeing a 2013 premiere.