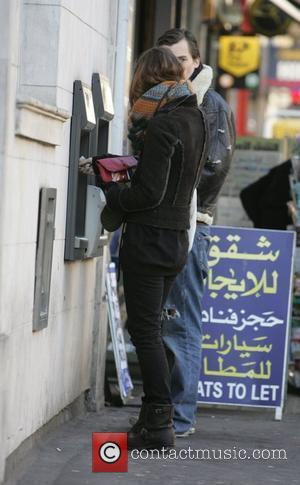 Picture: Keira Knightley and Rupert Friend take a stroll in the winter sunshine. The couple stop at a cash machine before running some errands London, England...

Keira Knightley's romantic epic ATONEMENT is leading the way at the Evening Standard British Film Awards with seven nominations. Knightley goes up against her co-star Romola Garai for the Best Actress award, while James MCAvoy - who plays her love interest - is nominated in the Best Actor category. Atonement is shortlisted for Best Film as well as Best Screenplay for writer Christopher Hampton. The 2007 picture also has nods in the Technical Achievement category for costume design. Joining Knightley in the Best Actress category is Helena Bonham Carter, who is nominated for Sweeney Todd: The Demon Barber of Fleet Street and for her role in Conversations With Other Women; Julie Christie, in Away From Her; Samantha Morton, in Control; and Tilda Swinton, in Michael Clayton. In the Best Actor category, MCAvoy will go up against Jamie Bell, in Hallam Foe; Jim Broadbent, in And When Did You Last See Your Father; Daniel Day-Lewis, in There Will Be Blood; Gabriel Byrne, in Jindabyne; and Sam Riley, Control. Atonement will vie for the Best Picture award along with Blue Blood, Control, Hallam Foe and It's A Free World. The other nominees for Best Screenplay include Matt Greenhalgh, Control; Ronald Harwood, The Diving Bell And The Butterfly; Neil Hunter and Tom Husinger, Sparkle; Steven Knight, Amazing Grace and Eastern Promises; Paul Laverty, It's a Free World; and Harold Pinter, Sleuth. The awards will be announced on 4 February (08)