Anna Karenina Likely To Be Left Out At The Oscars? 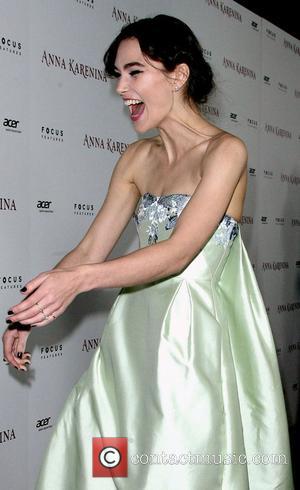 We're still in 2012, but already talk of who will win what at next years Oscar ceremony is widespread across the web. One picture that isn't feeling the love so much is period picture Anna Karenina, which hits US cinemas today.

Keira Knightley's latest costume drama has received relatively wide-spread acclaim so far, but that doesn't mean that she or the film itself will be given so much as a how-do-you-do when the shortlist of the Academy Awards is announced early next year. In terms of Best Picture, both The Dark Knight Rises and Disney Pixar's Brave are placed above the Leo Tolstoy adaptation and we all know how well superhero and animated films perform at the Oscars. Argo is currently the bookie's favourite to take home the top gong, with Lincoln a close second.

As for Knightley and her chances of getting hold of a Best Actress award, things aren't looking too great there either. Jennifer Lawrence's turn in Silver Linings Playlist looks like everyone's favourite to pick up the award at only her second time of asking, with Sally Field (Lincoln), Anne Hathaway (Les Miserables) and Marion Cotillard (Rust and Bone) all placed above the Brit by bookmakers.

Still, there's always the costume and production design awards on offer (still with stiff competition), so there is hope that the film will take home at least one statuette, however that hope does look like it is waning with every passing day. Don't worry though Keira, we're sure that Oscar will come some day.