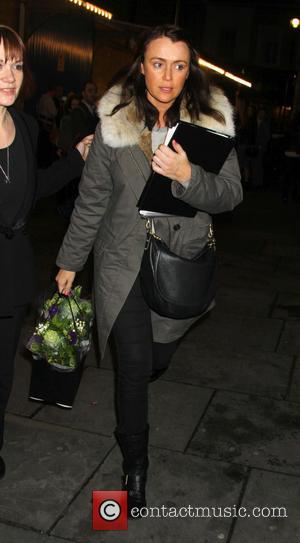 The pair has been starring in the play, about a dysfunctional crime family from Essex, England, alongside Lee Evans at London's Wyndham's Theatre since September (13), but Spooks star Hawes recently decided to depart the show.

Announcing the news on her Twitter.com page, she wrote, "It is with much regret that I must announce to all ticket holders that I will no longer be performing as Chrissie Packer in Barking In Essex for the remainder of the show.

"I have been utterly committed to the show to date and I would like to offer my most sincere apologies to those who have purchased a ticket to see me and I hope this does not cause significant inconvenience for anyone affected."

It has now emerged that the star had reportedly been embroiled in several altercations with Hancock, according to Britain's Mail On Sunday.

A source tells the newspaper, "Keeley and Sheila have long been arguing but then had a particularly heated row. That is why Keeley left."

A representative for the play adds, "We don't comment on speculation about cast members. It is correct that Keeley Hawes is no longer in the production. It was agreed that Keeley would leave the show."

Keeley Hawes To Go Up Against Peter Capaldi's 'Doctor Who'