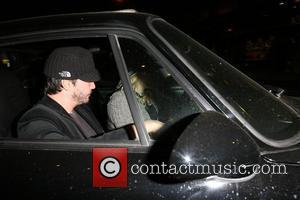 Reeves, 40, admits he already smokes too much, but playing demon-busting JOHN CONSTANTINE required him to smoke in almost every scene, almost making him ill.

He explains, "I learned that I shouldn't smoke so much. I probably smoke too much.

"Some of those scenes it was like, 'Watch Keanu turn green.' I should quit."