Keanu Reeves has confessed it was an ''incredible'' experience to test-drive his Arch Motorcycle Company's KRGT-1 bike on the legendary Suzuka race track. 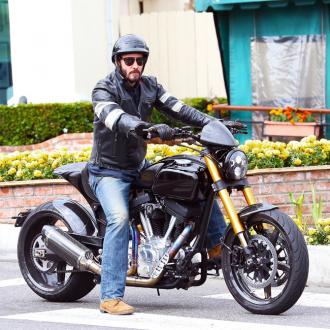 Keanu Reeves has described test-driving his own motorcycle on the Suzuka race track in Japan as ''incredible''.

The 'Matrix' actor - who is co-founder of the Arch Motorcycle Company - was invited by Eurosport to ride his own brand of bike on the circuit ahead of the 38th Suzuka 8hours Endurance World Championship race on the weekend.

Describing the experience, he said: ''[It was] like the best dream you could possibly have ... Incredible ... Just a real honour and something that I could never imagine in my life, to be here and to be riding a motorcycle with my partner and the designer of the motorcycle that I love is very special.''

The 50-year-old star travelled to Japan with Arch's co-founder Gard Hollinger and admitted the opportunity to test-drive one of their $78,000 custom KRGT-1s on the legendary race track was a dream come true.

He told local reporters: ''We've been going to Moto GP races this year, we both grew up watching Moto GP and also love racing and so the idea of coming to Suzuka to see the endurance race and to this famous track and location ... To have the opportunity to bring our motorcycle here and introduce it to the Japanese world, because there's such a great passion for big twin motorcycles, American big twin motorcycles between the States and Japan, I thought it would be cool.''