The fourth and fifth sequels to 'The Matrix' may be shot in 3D, with creators Andy and Larry Wachowski reportedly keen to ''truly revolutionise'' the action movie genre. 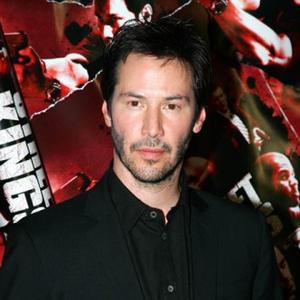 Keanu Reeves has revealed plans are underway for two more sequels to 'The Matrix'.

The actor - who appears as Neo in the first three movies of the sci-fi action drama - hinted he and the writers of the franchise, Andy and Larry Wachowski, have discussed the possibility of shooting the two new movies in 3D and are reportedly seeking further advice from 'Avatar' creator James Cameron.

However, the Wachowskis are said to be keen to deliver something which has "never been seen" in the movie world and would "truly transform" the action movie genre.

Hearing Keanu commenting during a key note speech at the London School of Performing Arts, a reporter for Ain't It Cool News said: "They have completed work on a two picture script treatment that would see him return to the world of 'The Matrix' as Neo.

"Keanu says the brothers have met with Jim Cameron to discuss the pros and cons of 3D and are looking to deliver something which has never been seen again. He stated that he still has an obligation to the fans to deliver a movie worthy of the title 'The Matrix' and he swears this time that the treatment will truly transform the action genre like the first movie."

However, according to the reporter, the Wachowskis are looking to complete their current work on new movie 'Cloud Atlas' before discussing the possibility of adding to 'The Matrix' series.