Keanu Reeves' directorial debut, 'Man of Tai Chi', has been picked up by Universal Pictures, who will co-finance the movie. 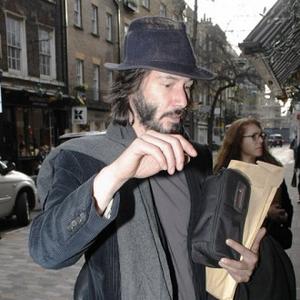 Keanu Reeves' directorial debut has been picked up by Universal Pictures.

The 'Speed' actor will helm 'Man of Tai Chi', which will be shot in China and co-financed by Universal, Village Roadshow Pictures Asia, China Film Group and Wanda Media.

Universal International president David Kosse said the opportunity to become further involved in the Chinese market, as well as to bring Chinese films to audiences around the world, is a priority for the studio.

He said: "'Man of Tai Chi' has an amazing pedigree of filmmakers and we're thrilled to be a part of Keanu's directorial debut."

Village Roadshow Entertainment Group CEO Glen Basser added: "We are pleased to announce 'Man of Tai Chi' under The Village Roadshow Pictures Asia label and to extend our long-standing relationship with Keanu."

Keanu, who is currently in China, will shoot the film in Mandarin and English, and is set to start production in February.