Keanu Reeves and Jim Carrey cast in The Bad Batch

Hollywood stars Keanu Reeves and Jim Carrey have both been cast in new dystopian movie 'The Bad Batch', which will also feature Suki Waterhouse, Diego Luna and Jason Momoa. 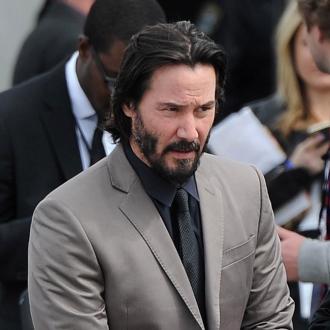 Keanu Reeves and Jim Carrey have been cast in new dystopian movie 'The Bad Batch'.

The duo have been cast alongside Suki Waterhouse, Diego Luna and Jason Momoa in the Ana Lily Amirpour-directed film, which is a cannibal love story set in a post-apocalyptic Texas wasteland.

The film's lead, Miami Man, is played by Momoa, while Waterhouse will play female lead Arien.

Reeves and Carrey will play The Dream and The Hermit respectively, according to TheWrap.

Reeves' casting in the new movie comes shortly after it was revealed that he ''started watching the earliest cuts'' of 'Bill & Ted 3' more than 12 months ago.

The third instalment of the comedy franchise has been years in the making, and according to Reeves' co-star Alex Winter - who played Bill S. Preston Esq. in the original movies - it is close to a reality.

Speaking of his co-star - who appeared as Ted 'Theodore' Logan - Winter said: ''He started watching the earliest cuts of this movie a year ago, and was just super into it.

''It's really funny, because I asked him and I could tell he was waiting for me to ask. Because he was like, 'Yeah. Duh.'''