The pair return to the comedy franchise after 30 years.

Keanu Reeves and Alex Winter are set to reunite almost three decades after their cult comedy 'Bill & Ted's Excellent Adventure' for the eagerly anticipated third installment of the franchise. Now middle-aged and without the success that they wanted, the titular duo must write a song to stop the apocalypse. 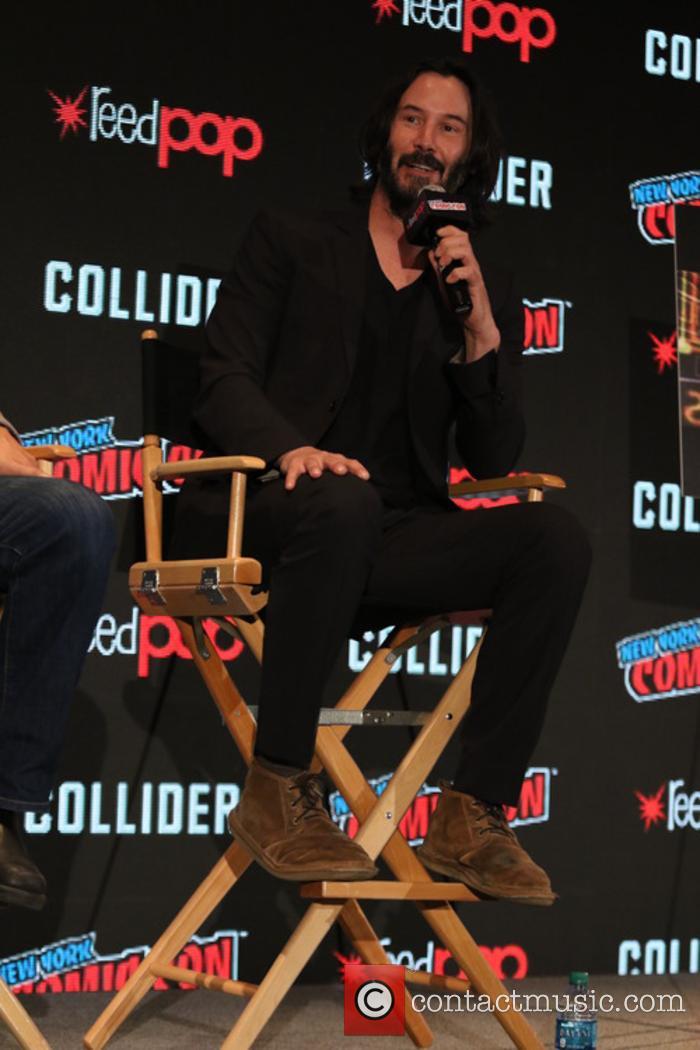 'Bill & Ted Face the Music' is the name of the new movie which is being written by original creators Chris Matheson and Ed Solomon with direction from 'Galaxy Quest''s Dean Parisot. The last movie was 1991's 'Bill & Ted's Bogus Journey', which came after a short animated series entitled 'Bill & Ted's Excellent Adventures', following on from 1989's 'Excellent Adventure'.

'We couldn't be more excited to get the whole band back together again', Reeves and Winter said in a statement obtained by the Hollywood Reporter. 'Chris and Ed wrote an amazing script, and with Dean at the helm we've got a dream team!'

The new movie sees Bill and Ted reform Wyld Stallyns, despite being plagued with the responsibilities of adult life. They're marriages are struggling, and their kids don't respect them, but someone in the future their music is the foundation of a utopian society.

Someone from that future travels back in time to warn them that they must write a hit song to prevent the universe as we know it from ending. That's easier said than done when they are feeling less inspired than ever, but they know just what might combat that writer's block - a little trip around time and space with their daughters.

He also prepares to start work on Dome Karukoski's drama 'The Starling', 'Rally Car' and mini-series 'Rain', while also being rumoured to star in Rick Famuyiwa's 'Past Midnight'.