Keanu Reeves On Being The '47 Ronin' Samurai Outcast, The Inspiring Cast And Not Speaking Japanese [Video]

The actor promotes his new movie '47 Ronin' and describes his transformation into warrior Kai.

Keanu Reeves has spoken about his latest role as Kai, the orphan-turned-warrior, who is an outcast due to his half British, half Japanese background. 47 Ronin may not have fared well at the hands of critics but for those who love historical action movies, a little fantasy and enough CGI and special effects to make your eyes water, the action epic is sure to be a hit nonetheless. 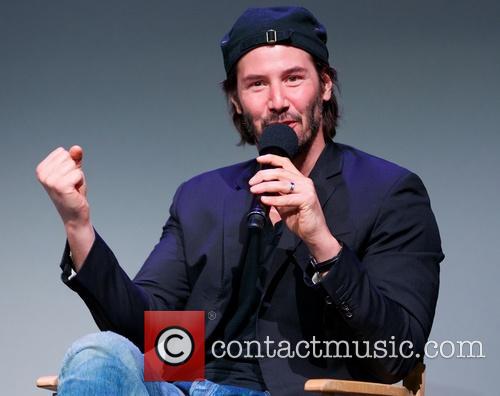 Keanu Reeves Talks About His Character Kai In The Movie '47 Ronin.'

In the film, Kai is saved from a brutal life of slavery by the mysterious Tengu monks and joins a small group of Japanese samurai warriors. The group are exiled after the dishonourable death of their leader and Kai is enlisted into the "47 Ronin," an elite group of fighters who vow to seek revenge against the army that has killed their master.

Though the forty-seven Ronin were a real-life group of samurais who did avenge their leader, Reeves stars in this fictional account of the 18th century warriors that is embellished with fantastical beasts and villains. The trailer shows breath-taking special effects, intricate fight scenes, ferocious monsters and intricate costumes and Reeves let us know what it was like being the centre-piece of such an action adventure.

"[Kai] ends up being used as some kind of tracker, a hunter [...] Being raised by the Tengu he learns some martial techniques," explains Reeves. "He can fight a certain way, he can see witchcraft, he has this connection to nature and in certain moments he can do this kind of.movement passing through space at an accelerated rate."

"Kai is seeking to belong, he's in love with the princess, Mika, and really my journey is trying to save her from the clutches of Lord Kira," Keanu summarises. On performing some of the physical stunt work on set, Keanu admits he had a lot of fun. "In '47 Ronin' I had a chance to do some sword-fighting, Japanese long-sword, which was a lot of fun. I got to work with Hiroyuki Sanada who is a great swordsman and a great actor [...] I really admire his work."

Next Page: Keanu discusses filming the movie and being inspired by his fellow '47 Ronin' cast.