Keanu Reeves changed his mind about participating in the movie when he saw the trailer, meaning director Peter Atencio had to find a role for him at the last minute!

The director of the imminently released movie Keanu have spoken about how they eventually managed to get Keanu Reeves to provide a voiceover role in the film – at the very last minute!

The action-comedy film concerns two friends, played by comedians Keegan-Michael Key and Jordan Peele, who go in search of the titular cat, who is lost. 51 year old Reeves was initially approached to take part in the movie, considering it bore his unusual name, but he turned the opportunity down last year.

So, the makers went ahead anyway and completed the movie, releasing a trailer in early February. This was seen by Reeves’ sister, who mentioned to him that it looked great and told him he should get involved. 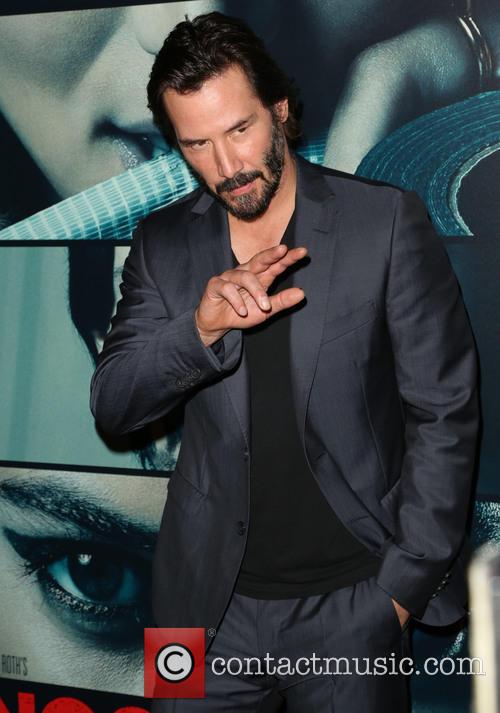 Small problem though – the film was due to have its world premiere at South By Southwest festival in March. However, director Peter Atencio was able to shoehorn Keanu in at the last moment using a dream sequence to allow him to play the voice of the cat himself, according to an interview with with him in the L.A. Times.

“Apparently, his sister showed him the trailer and said, ‘Hey, you gotta see this. You’re gonna love this!’,” Atencio recounted. “He flipped out and got in touch with us directly to say “If there’s anything I can do, let’s make this work.”

“We had a scene in the movie where Peele’s character is on a drug trip, and a cat kind of leads him through his hallucinations. We wanted to expand on that anyway, so we thought he could do the voiceover for the cat in that scene.”

Keanu is released in the United States this Friday (April 29th). Meanwhile, Reeves is recovering from the absolutely catastrophic opening weekend suffered by his most recent movie Exposed at the UK box office last month. The crime thriller, co-starring Ana De Amas, was only available in five cinemas across the country but still only took £88 – roughly two adult tickets per screen.