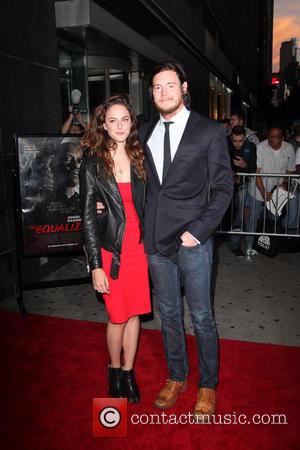 Picture: Kaya Scodelario and Benjamin Walker - Stars were snapped as they took to the red carpet at the Screening of action, crime thriller 'The Equalizer'...

The couple met on the set of their new film The Moon and the Sun in Melbourne, Australia.

Scodelario, who is 10 years younger than Walker, says she likes being in a long-distance relationship with her new boyfriend as it means they must work harder on their romance.

Speaking to Britain's You magazine, she says, "Ben lives in New York and I live in London, so we have to work hard to see each other. You have to go for it, which I like."