Posted in Press Releases on 18 November 2013 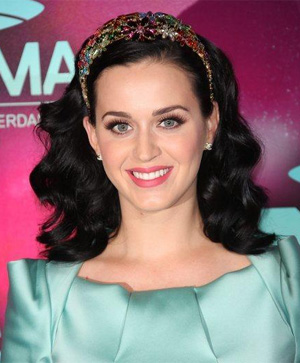 Global superstar, Katy Perry, has today announced that she will be returning to the UK in May 2014 to bring THE PRISMATIC WORLD TOUR to cities up and down the country in support of her second UK #1 album, PRISM. The tour will start on 7th May at Belfast's Odyssey Arena and will continue through Newcastle, Nottingham, Birmingham, Glasgow, Manchester, Liverpool, Sheffield and finally culminating in 3 nights at London's O2 Arena on 27th, 28th and 30th May. Katy Perry tickets go on sale at 9am on Friday 22nd November from www.ticketmaster.co.uk

Great Britain will be the first country on what is expected to be a year-long World Tour.

Katy Perry scored her second No.1 album in the UK with new album PRISM. The album follows the huge success of Katy's chart topping single Roar which was recently certified platinum in the UK. PRISM has already been certified Gold (100,000 sales) in the UK and globally the album is a smash shooting to No. 1 on iTunes charts in 90 markets around the world.

Lead single 'Roar' has already sold more than five million singles worldwide. It's certified 6X Platinum in Australia (where it's topped the chart for nine consecutive weeks), 4X Platinum in Canada (where it has become the biggest-selling single in chart history and has been the No. 1 airplay record on three formats for five weeks running) and  3X Platinum in New Zealand (where it's been No. 1 for 11 consecutive weeks). "Roar" has gone Platinum not only in the UK (where it has spent the most weeks as the No.1 airplay record this year, nine weeks)but in Italy, Mexico, Norway, Ireland and Sweden and is certified Gold in 10 countries. Katy's new single 'Unconditionally' will be released in the UK on December 16th. The dramatic new video for "Unconditionally", directed by Brent Bonacorso in London, will premiere on i-D on Wednesday, Nov. 20, and sees Katy shift styles from Kipling to Tolstoy. A video trailer is available to watch here

Special guests on this UK leg of THE PRISMATIC WORLD TOUR will be Icona Pop. The Swedish synthpop duo spawned one of the biggest hits of 2013 with their smash 'I Love It' which charted at #1 on the UK singles chart.

Katy Perry's PRISMATIC WORLD TOUR is planned to be a multi-faceted spectacular and will include a special standing pit in front of the stage called 'The Reflection Section' which will see Katy getting closer than ever to her fans. This is set to be one of the hottest tickets of 2014, so make sure you don't miss out!