Why Was Katy Perry Booed On American Idol? 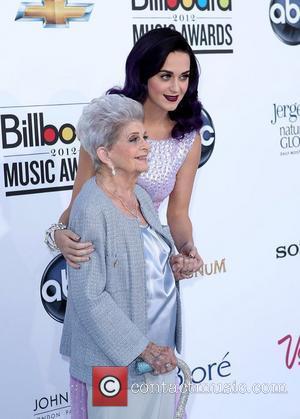 Katy Perry fans were left stunned on Thursday (April 26, 2012) when the pop singer appeared to be booed during her performance on American Idol. The live studio audience were heard heckling after Perry had performed, leaving television viewers at home confused.
However, E! Online have revealed that the audience were getting "beyond pumped" for Perry to perform, however, the performance was actually pre-taped. Though "screaming, squealing and excited chatter was bouncing off the walls", the crew chose not to tell the audience that Katy's performance would only be a pre-taped segment. According to E!, the stage manager and coordinator "Kept teasing by saying, "Should we tell them? Do you want to tell them? OK, let's just let it be a surprise". That "surprise" was obviously nothing but a huge disappointment for Perry fans in the audience, who began booing and being vocal about their disapproval of only seeing a pre-taped performance. Some of their boos could be heard on the live edition of the show.
Later in the elimination show, 28-year-old vocal coach Elise Testone from South Carolina was sent packing after a substandard performance during Queen tribute week. Joshua Ledet remains the frontrunner for this year's competition.