Katy Perry and her strict Christian parents ''agree to disagree'' on her sexy image. 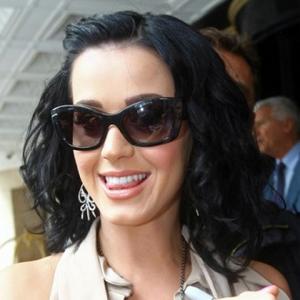 Katy Perry and her parents "agree to disagree" on her sexy image.

The 'Teenage Dream' star's parents Keith and Mary Hudson are Evangelical Christian pastors and while the singer - famed for her provocative image and straightforward lyrics - is close to them, they don't see eye-to-eye on her career choice.

Katy explained to US TV talk show host David Letterman: "There's a dynamic between children and their parents that sometimes you can agree to disagree, and we definitely do that."

The host also showed the 25-year-old star a risque picture of her nearly naked on the cover of a magazine, and asked her: "What does God think of that?"

When asked whether her parents understand such images are simply part of showbusiness, Katy replied: "Uh, I don't know if it's the 'understanding' that they do.

"I think there's some grunts and moans and a couple of 'Oy veys.' "

Katy - who is engaged to British comedian and former drug addict Russell Brand - also told how pop music was an important factor in making her deviate from her strict Christian upbringing, when she discovered contemporary artists.

She added: "I sang 'Oh Happy Day' starting at nine. 'His Eye Is On The Sparrow' too. Then I discovered bands like Queen, and the Beach Boys, and of course The Beatles, and I just found out that the world maybe wasn't so flat."