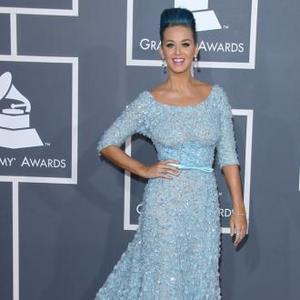 The 'Firework' hitmaker is said to be finding it ''extremely therapeutic'' to write songs for her new album after her relationship break up.

A source told Grazia magazine: ''Katy goes from being angry one minute to upset the next. And she really is laying everything out there in her music, which she says has been extremely therapeutic.

''This new album will certainly be explosive.''

Katy appeared to hit out at Russell when she performed new song 'Part of Me' at the Grammy Awards earlier this month, as it included lyrics such as: ''You can keep the diamond ring. It don't mean nothing anyway.''

And insiders believe Rihanna was in full support of the 27-year-old beauty's performance.

A source added: ''Katy's performance was intended to stick Two Fingers up at Russell. Her best friend Rihanna fully encouraged it, too.''