It’s not too late for Swift to say sorry, according to Perry.

It’s the most talked about feud in pop music, but on Saturday Katy Perry said she would consider working with her rival Taylor Swift, if the ‘Bad Blood’ singer apologises. The two stars have been rumoured to be feuding for years, a drama that was brought up again in July by Swift’s ex Calvin Harris, when he went on a Twitter rant which included a reference to her trying to 'bury Katy’. 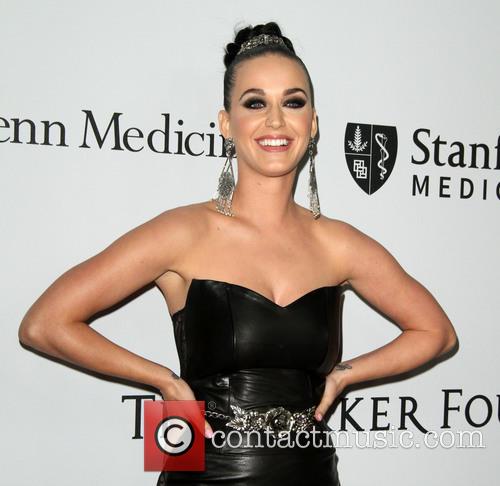 On Saturday Perry decided to hold a fan Q&A session on Twitter while she waited for a delivery from the Cheesecake Factory. While most of the questions were pretty mundane, one fan got right in there and asked: ‘will you collab with Taylor Swift?’.

Instead of dodging the question Perry replied, saying: ‘ if she says sorry, sure!’. Perry’s tweet caused plenty of ‘oohs and ahhs’ from fans, as she seemed to place the ball firmly in Swift’s court.

The pair’s long-running beef was said to be the inspiration for Swift’s hit ‘Bad Blood’, after the singer confessed the song was about a fellow artist she’d fallen out with. "She did something so horrible," Swift told Rolling Stone in 2014.

"I was like, 'Oh, we're just straight-up enemies.' And it wasn't even about a guy! It had to do with business. She basically tried to sabotage an entire arena tour. She tried to hire a bunch of people out from under me,” she added. “So now I have to avoid her. It's awkward, and I don't like it.”

Their feud was also referenced by Swift’s ex Calvin Harris in July, when he went on a Twitter rant after it was revealed she had penned his hit ‘This Is What You Came For’. ‘Know you're off tour and you need someone new to try and bury like Katy ETC but I'm not that guy, sorry,’ Harris tweeted. ‘I won't allow it.’

Things then got cryptic over on Perry’s twitter, when shortly after Harris’ comments she posted a gif of Hillary Clinton shrugging her shoulders, which many thought was a response to the DJ’s tweet. She then retweeted an old post of hers from May 2015, which read, ‘Time, the ultimate truth teller.’ That tweet was posted in the same month that Swift had released ‘Bad Blood’.

But if Swift does want to make nice with Perry, they could collaborate on her next record. Swift’s BFF Gigi Hadid has confirmed the singer is working on new material, after she came out to support her at the Tommy Hilfiger show during New York Fashion Week on Friday.

Speaking to Entertainment Tonight Hadid said: “She's obviously such a great friend, and you know she is starting to go back to work in the studio again, and really made time to be here for me, and I am so grateful for that.”