'Roar' singer Katy Perry has said she would love to dye her hair ''slime green'', and explained she feels ''it's time to fresh up'' her look with a change in style and colour. 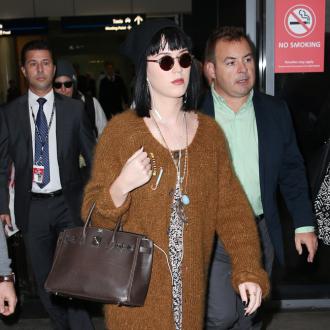 The 'Roar' singer - who is known for her jet black locks, but has also dyed it pink, electric blue, purple and red over the years - hinted it might be time for a change and suggested something a bit different.

She told E! News: ''I've wanted to go slime green for a long time. It's spring time and I think it's time to freshen up my look ... I'm really excited about slime green, but I hope my hair doesn't fall out.''

While Katy might be debating a change in style, it also seems she could be ready to move on after her split from John Mayer.

The 29-year-old singer broke up with the star last month, and it has been reported she recently went on a date with rapper Riff Raff after she posted a picture of her striking a pose with him on Instagram.

She captioned it with: ''TBT to when I went on a date with Riff Raff aka @jodyhighroller.''

Despite being a ''throw back Thursday'', it appears to only have been referring to a few days earlier since Riff Raff first shared the picture, writing on the social media site: ''ON A DATE WITH KATY PERRY SHE IS PURDY (sic)''.

Meanwhile, in a video posted by TMZ on Wednesday (26.03.14), the heavily tattooed 32-year-old star declared he would love to see the pop princess again.