Katy Perry deliberately shuns controversy unlike her pop peers Rihanna and Miley Cyrus because she wants people to focus on her image. 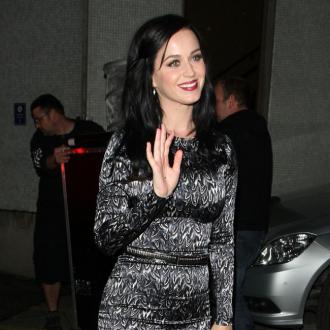 Katy Perry doesn't want to be known for the wrong reasons.

The singer actively avoids controversy unlike her pop peers Rihanna and Miley Cyrus and says she is careful to make sure the world's focus is on her music rather than her inappropriate attire or risqué antics.

Asked on French TV show 'Le Grand Journal' why she shuns scandal, Katy said: ''I really like all of my focus and attention to be on my music. I admire those ladies and I know that they're all doing their own thing in their own way.

''But for me, I want people to understand that I'm here to entertain them through music. And I don't necessarily like to abuse the attention of the viewer or the listener - not that I'm saying they do!''

The 'Roar' singer was probed further about Miley's controversial VMAs performance in August with Robin Thicke, which saw the blonde dancing provocatively in a latex bikini while rubbing a foam finger over her body, and tactfully said she was far too old to behave like Miley.

Katy joked: ''Did you guys talk about it over here too? I feel like [twerking] is what you French do when you wake up in the morning!