Katy Perry Turns Down $20 Million To Appear On 'American Idol' 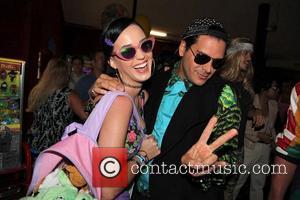 Katy Perry has turned down a whopping $20 million offer to appear as a judge on the new series of 'American Idol', which will no doubt irritate Mariah Carey who most likely assumed the $18 million that the show's bosses shelled out on her was because they wanted her to be top dog on the program. Perry's reasoning for turning down the offer, according to Tmz , was nothing to do with money. Simply put, the pop star had a schedule which didn't allow her to be taken off for weeks and weeks of filming, whilst she also didn't feel it was the right career move for her.
This is an understandable decision to make, history shows that those taking on the judging roles on both 'American Idol' and 'The X Factor' are often stars who were once huge but have seen their profile slip in recent years. The show was a tremendous boost for Jennifer Lopez most recently, whilst across in the Uk Tulisa Contostavlos benefited hugely from the show after the split of her one-time chart topping group N Dubz. Britney Spears will be hoping for a similar effect on her career, despite an inauspicious start on the new series of American 'X Factor'.
However, Perry is still very much at the top of her game, her profile surviving a split with comedian Russell Brand after 14 months of marriage and, below Lady GaGa, she remains probably the most popular female pop star on the live circuit.