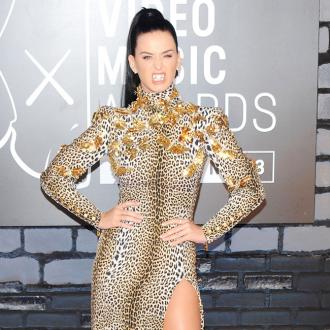 The superstar trio will be joined by Rizzle Kicks, Olly Murs, Union J, James Arthur and Naughty Boy as part of an incredible line-up for the annual event - hosted by Global Radio's Capital FM - which will take place on Saturday 7 December and Sunday 8 December at London's The O2.

Ashley Tabor, Global's Founder and Executive President, said: ''We have another incredible line-up for Capital's Jingle Bell Ball this Christmas, with some of the best talent in the world.

''We're incredibly excited for what will be a great weekend, and very proud that Coca-Cola are our incredible partner this year for the UK's biggest Christmas party.''

The headliners were revealed this morning (06.11.13) on Capital FM's breakfast show where hosts Dave Berry and Lisa Snowdon kept listeners guessing by announcing the artists in a series of stunts.

Former 'X Factor' stars Union J were revealed in an interview as they sped down the River Thames on a speedboat whist Rizzle Kicks' Jordan Stephens called Olly Murs in Australia to confirm his appearance.

Capital's Jingle Bell Ball - which raises money for the station's flagship charity, Help A Capital Child - has featured some of the biggest names in the music industry, including Rihanna, One Direction and Lady Gaga, and attracts more than 30,000 fans to the venue each year.

Coca-Cola's Marketing Director Brid Drohan-Stewart said: ''We have a proud heritage celebrating the magic of Christmas, and the Jingle Bell Ball allows us to build anticipation and excitement with the hottest acts in music and their passionate fans.

''In addition to our partnership, to celebrate the start of the festive season we'll soon be sending our iconic Christmas truck around the UK, bringing Coca-Cola magic to people up and down the country.''

The acts performing on day two of the Jingle Bell Ball will be unveiled on tomorrow's (07.11.13) Capital FM breakfast show.

Tickets will go on sale from Friday November 8 on Capital FM's website.