Katy Perry has been discussing the idea of creating her own clothing collection with the help of her stylist pal Johnny Wujek. 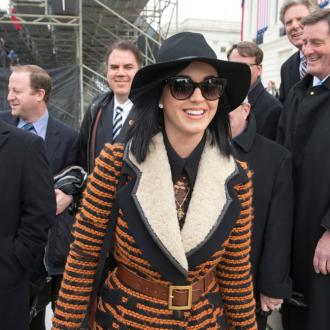 The 'Wide Awake' singer wants to team up with her best pal and personal stylist Johnny Wujek to create a chic and colourful clothing range which would take inspiration from style icons like Gwen Stefani and Dita Von Teese.

A source told The Sun newspaper: ''Katy has been asked about setting up her own fashion line for years. But she's started to talk about it seriously with Johnny now.

''They would use inspiration from the likes of Dita Von Teese and Gwen Stefani because they are sophisticated dressers - very bright and vintage-looking stuff.''

Johnny currently works as the Creative Director for fashion shoots on Tyra Banks' flagship show 'America's Next Top Model', but has been advising Katy on her sartorial choices since her rise to fame.

Quirky dresser Katy has already ventured into the fashion world by landing a deal as the face of ghd hair straighteners and the 28-year-old star also has her own cat-themed perfumes, Meow and Purr.

She previously insisted she would never put her name to a brand if she didn't believe in the product and would give 100 per cent dedication to any deal she made.

Katy said: ''I have seen a lot of the perfumes out there - some of my peers - and I'm like, 'Did you really approve this?' You can't just cash in all the time. I've always told anyone I'm working with that if I don't like the product, I'm not going to show up.''