Katy Perry To Get Fans' Help On Perfume

Katy Perry will ask her fans to guess the name of her new perfume - the companion to her Purr fragrance - via twitter. 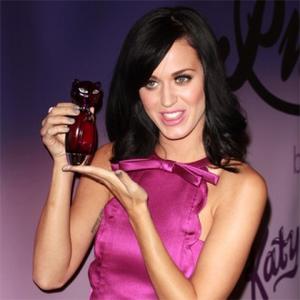 Katy Perry will ask her fans to guess the name of her new perfume via twitter.

The 'California Gurls' hitmaker - who released her debut fragrance Purr, earlier this year - will launch the new scent later this year in association with Gigantic Parfums and from next week on will invite her twitter followers to submit their ideas for its name.

According to WWD, Katy, 26, created the new fragrance while on her 'California Dreams' world tour.

The popstar has previously claimed her Purr fragrance is "like the Goldilocks of perfume", saying people can tell from their very first sniff that the "cute" scent is "just right" and matched perfectly to her wild, fun loving, loud and convivial nature.

She has also gave advice on the best way to apply the scent.

She said: "I usually spray and walk through. I never spray directly on

"I've heard that you're not supposed to spray directly on the skin. Then it's not so concentrated, because everybody knows sometimes when a woman walks into a room, she can smell like her grandmother."