Katy Perry's life is set to be turned into a Hollywood movie although her short-lived marriage to Russell Brand won't be included. 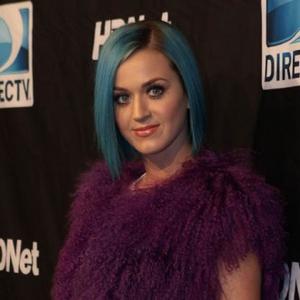 Katy Perry's life is set to be turned into a Hollywood movie.

The 'One That Got Away' singer - who split from husband Russell Brand in December - is to be the subject of a biopic by Oscar-winning producer Brian Gazer, who wants to tell her life story on the big screen.

The film will follow Katy's transformation from preachers' daughter to the sex symbol pop star she is today.

However, her 14-month marriage to British comedian Russell looks set to be airbrushed out of the film as it is a "sensitive" subject to her religious parents, Keith and Mary Hudson.

Brian, 60, has produced a string of hit movies including 'A Beautiful Mind' and 'Apollo 13'.

As well as having her life made into a movie, last month it was announced Katy was being turned into a computer game character.

The 'California Gurls' hitmaker will appear in new PC game, 'The Sims 3 Showtime', which will be released in March.

Fans will be able to play as Katy in their games and obtain Katy Perry-themed goodies in the latest offering from the strategic life-simulation video game.