Katy Perry has urged 'Harry Potter' star Daniel Radcliffe to give her a call after learning he has a crush on her. 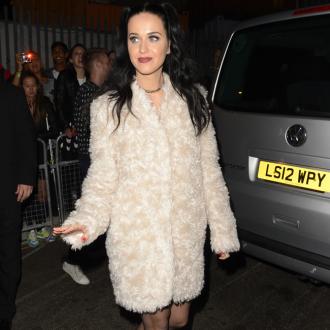 The 'Harry Potter' star confessed to a crush on the 'Roar' hitmaker during a TV last month, and while Katy is dating singer John Mayer, she has urged her celebrity admirer to get in touch so they can be pals.

She is quoted by The Sun newspaper as saying: ''Oh please, this isn't the third grade. Just ring me, Daniel. Don't be shy, or get your people to call mine if you like.

''I am totally taken so it's not about that. I think he's cool and I'd really like to get to know him. We'll all go out and party.''

Daniel, 24, opened up about his crush on Katy in an interview with Ellen Degeneres, but admits he was too shy to talk to her when they attended the same event.

He previously said: ''I thought I should go up and say hi and then I thought about what if she thinks you're some teenage fan boy so I couldn't. I said, 'I'm not going to try, it would be embarrassing.' ''

The 28-year-old pop star is no stranger to British charm as she was married to raunchy comedian Russell Brand between 2010 and 2011.

Meanwhile, Katy will be pleased to know that Daniel recently earned top marks for his lip-locking skills.

Dane DeHaan, who has many intimate gay love scenes with the actor in new movie 'Kill Your Darlings', said Daniel was a ''great kisser''.