Katy Perry admits she was suspended from school for ''humping a tree'' while practising for the school's play. 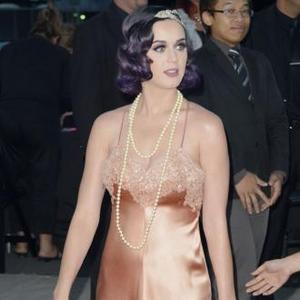 Katy Perry was suspended from school for ''humping a tree''.

The 'Part of Me' singer - who was raised by strict Christian parents and went to a religious school - admits she was disciplined by her teachers after acting out a love scene with a tree.

She said: ''When I was in sixth Grade I was suspended from school for humping a tree! We were doing a play on Greek mythology and I was Aphrodite My love interest was absent and so I used the tree as my partner.''

''It was a Christian school!''

Katy has endured a tough six months following the breakdown of her marriage to Russell Brand but she recently said she thinks the split has given her a ''second chance at life''.

The 'Wide Awake' hitmaker - whose 14-month marriage to the comedian ended in December 2011 - says she's had a new lease of life since they parted ways and has no regrets about the past.

She said: ''I am totally cool, yeah. I'm just excited. I do have a second chance at life and, also, I already have a brilliant life and I sometimes need to just remind myself.

''Everything is a lesson learned. Everybody asks me if there are any regrets: no, this is a very valuable lesson. You have to live life in order to achieve those lessons. It was important to me to show the real honest side of me (in the film).''