It got weird, you guys.

Katy Perry is like the dark horse of Super Bowl halftimes (do you like what I did there)? The songstress goes through reinventions so fast that you never really know what you’re going to get next. Sugarcoated bubblegum pop princess Perry? Dark, vaguely occultish Perry? Girl power-loving, anthem-belting Perry? Or the quirky pop art queen we’ve come to know of late? 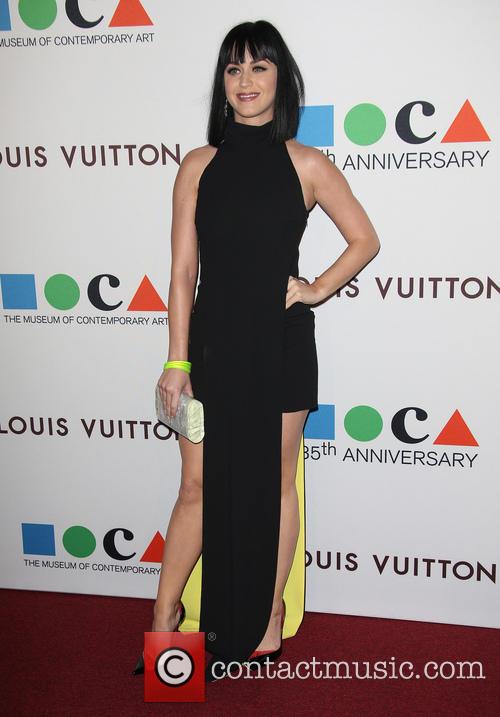 Perry ditched the all-black look for flames and sequins.

It was a weird mix of all those things that Perry actually unleashed at the University of Arizona stadium last night. Going into the show, Perry faced high expectations, but she also had a lot of support – even from ex-husband Russell Brand, of all people.

Super Bowl may be baffling to Brits but halftime show will be amazing. Good luck KP

More: Katy Perry's This Is How We Do It Video Offends Muslims, but Blasphemy Is the Least of Her Worries

So she came onstage the only way she knows how – dressed in a suit of flames and riding a giant mechanical bull. Because she can, obviously. It was a bit of a WTF moment, but nothing compared to what came next – Lenny Kravitz joined Perry for a duet of I Kissed a Girl. And if that sounds like a weird pairing, set aside all your doubts – it was amazing.

There was also a rendition of California Girls with dancing beach toys and sharks, as well as assorted other weirdness. But, the real kicker was her last outfit change so she could take off on a star that drew comparisons to NBC's famous "more you know" star.