It's Official! Katy Perry Is Bringing Unicorns and Glitter To The Super Bowl!

Get ready, people. Katy Perry is bringing kittens and glitter to the Super Bowl.

The 2015 Super Bowl Halftime performer has been announced and it is... drumroll please... Katy Perry! The singer will take to the stage on February 1, 2015 for what will be the most watched musical event of the year. Ever the workaholic, Katy has already started brainstorming ideas for the show, according to a tweet she posted celebrating the NFL announcement. 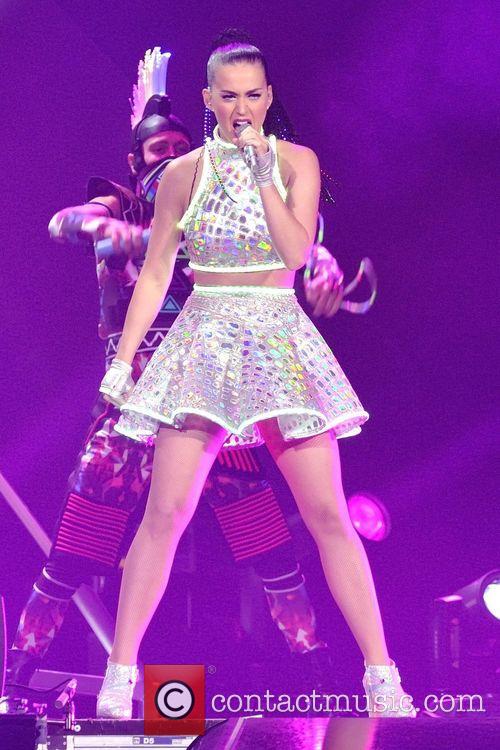 Perry is set to bring the Prismatic experience to Super Bowl 2015.

The announcement was made during the Cowboys-Giants game on Sunday, so Perry responded with a tweet about her band watching the game in the other room. Meanwhile, the NFL tweeted a video of Perry at a "half-time show testing facility" apparently trying out ideas for her show.

Hint: it was very pink and featured kittens and glitter. It also featured fire-breathing sharks, unicorns and... errr... bacon. Prepare to get really wierd.

Perry's performance will be the NFL's fourth consecutive show to include younger acts after previous performers Bruce Springsteen, Tom Petty, the Rolling Stones, and The Who.

More: Katy Perry and John Mayer Splitting Up, Or Stronger Than Ever?

The singer is currently on her Prismatic tour in Australia and apparently having some pretty unpleasant encounters with the paparazzi. On Friday, she used Twitter to vent her frustration. She tweeted: "Your paparazzi have no respect, no integrity, no character, no humanity."

"I was stalked by many grown men today as I tried to take a quiet walk to the beach. These men would not stop as I pleaded over and over to let me have my space.

"This is perverted and disgusting behaviour that should never be tolerated.