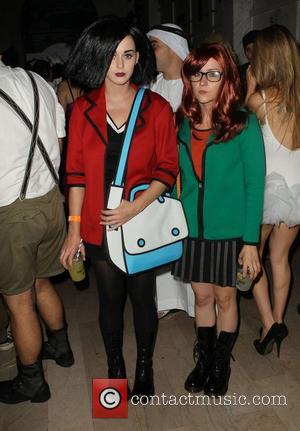 Katy Perry is working on her new album with Greg Wells and Bonnie McKee, with whom she has already worked on previous albums One of the Boys and Teenage Dreams.

The 'Fireworks' singer has been keeping a relatively low profile since the breakdown of her marriage to notorious lothario Russell Brand last year. She's still feeling so uncomfortable around him, despite now happily dating John Mayer, that she felt the need to hide under a table when Russell Brand walked in the door of the restaurant she and Mayer were dining at, before making a sharp exit, reported the Sun. However, the low profile looks set to end as there are a number of reports stating that Perry will be back in the studio in no time as she's now working on a new album, with the hopes of it being released next summer, according to Yahoo.

Reported by MTV back in June of this year Perry explained what she wants of her next album, saying "I would love to just let it be the 'black box' of who I am." As well as revealing that it'll be 'much darker'. However, all of this directly followed the official finalisation of her divorce to Brand. Perhaps now that she's loved up to Mayer she's out of that 'darker' place and finding some light. We'll have to wait until next summer to find out.