Katy Perry has splashed out on two homes in Hollywood for $11.2 million, both of which lay on around four acres of land and boast two swimming pools and two guest houses. 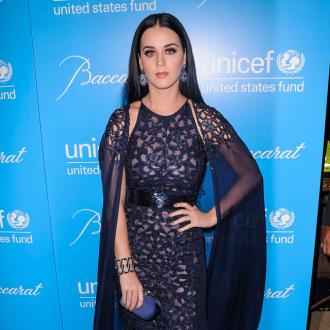 Katy Perry has splashed out on two homes for $11.2 million.

The 'California Gurls' hitmaker has treated herself after recently putting hers and ex-husband Russell Brand's Hollywood Hills mansion on the market for $6.925 million by splurging on the two properties, which lay on three adjoining pieces of land, according to The Huffington Post.

The terrain, which measures at around four acres, boasts two swimming pools and two luxury guest houses for friends and family of the raven-haired beauty to stay in when they visit.

One of her new pads is described as a ''Spanish-style house'', built in the 1950s, and holds 3.5 bathrooms and three bedrooms over 3,884 square feet of space.

Katy follows in the footsteps of drummer Max Weinberg - who plays with Bruce Springsteen - and Jake and Maggie Gyllenhaal's parents Stephen Gyllenhaal and Naomi Foner, who previously lived in the home.

If that wasn't enough space for the singer, her second 1953-built residence has a total of five bedrooms, three bathrooms - designed in a mid-century style - and several rooms suitable for entertainment.

It boasts floor-to-ceiling walls of windows which join the modern, angular roof, giving the overall property a seamless feel.

The 28-year-old beauty is reportedly dating CAA agent Michael Kives following her split from John Mayer in March, but the singer is said to see it as more of a fling with her long-time friend.

A source said: ''Katy and Michael have been hooking up. They were friends first, but Katy leaned on Michael for emotional support after her breakup with John. It's more of a sexual thing for her rather than a heavy-duty relationship.

''She is still calling John because she can't let go. And he still reaches out to her too because he loves to string his exes along.''