Katy Perry Setting Up Record Label: Who Will She Sign? 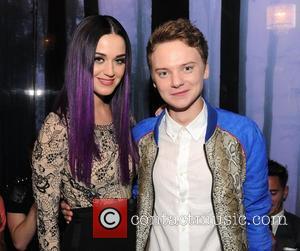 Katy Perry is currently in the process of setting up her as yet untitled record label, reports the Hollywood Reporter. The pop superstar is looking to follow in the footsteps of her influences Madonna and Prince by launching her own label and scouring the globe for the hottest new talent.
Explaining her new venture, Perry said, "I'm preparing for it now.And when this record label does come to fruition, I'm going to try and avoid the things that take away any fighting chance for an artist to have financial success. As people are coming to me with opportunities, I'm thinking, 'How would I want to be treated?". The singer is certainly a shining example to any would-be pop star, having scored 11 Top 10 singles and selling 9.1 million albums since signing to Emi Capitol Records in 2007. She has also had success away from the stage, appearing in 'How I Met Your Mother' and 'Raising Hope', as well as voicing the character of 'Smurfette' in the feature film 'The Smurfs'. Her stock is set to rise even next month, with the release of her 3-D movie 'Katy Perry: Part of Me', which partly documents the breakdown of her marriage to British comedian Russell Brand.
Perry will be looking to follow in Madonna's footsteps, who had a certain degree of success with her label 'Maverick', which she founded with Frederick DeMann and Veronica Dashev in 1992. At one stage, the label had Alanis Morissette, Deftones and Cleopatra on its books.