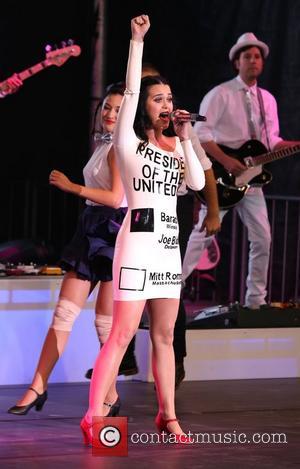 Katy Perry’s skintight ballot dress is causing quite a stir, as we anticipate the results of the US Presidential elections. Perry performed at a recent pro-Obama rally in Nevada and opted to wear an eye-popping white body-con dress with the image of a ballot paper printed on the front. On the dress, Barack Obama is quite clearly the chosen one, with Joe Biden as his Vice President.

Will Katy Perry’s dress be a powerful enough image to sway undecided voters though? Will they be hypnotised by Katy Perry’s curves? Will they be wooed by her enviable figure and rush down to the local voting center to put a cross next to Obama’s name on their voting slip? Or is politics a little more complicated than that? Well, Barack Obama clearly believes in the pull of celebrity supporters and is always keen to talk about his close links with hip-hops First Couple, Jay Z and Beyonce and often talks about what’s on his iPod, in a bid to secure the trust and respect of the young, hip voting contingent. Bruce Springsteen and Lady GaGa are also known to be fans of Obama. As is Lindsay Lohan. Sometimes. But Barack’s probably going to gloss over that one. 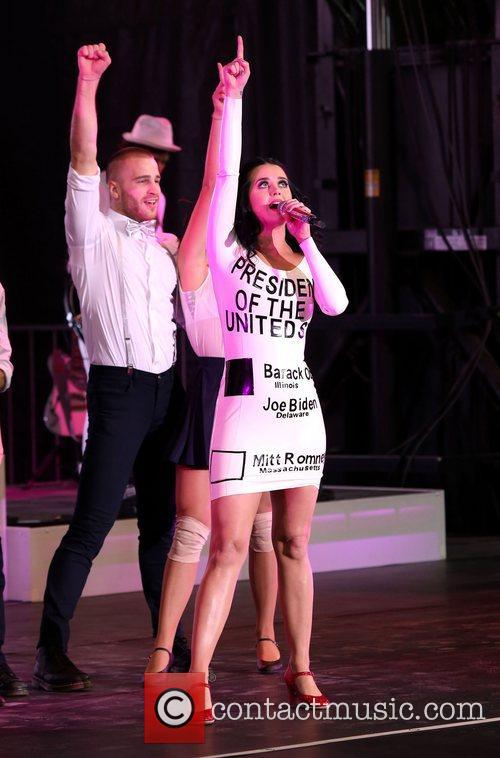 Elsewhere, it’s been reported that Katy Perry is no longer such close pals with her close celebrity pal Rihanna anymore, as she doesn’t approve of Rihanna’s decision to get back together with Chris Brown. Could this spell the end of our favourite celebrity friendship?